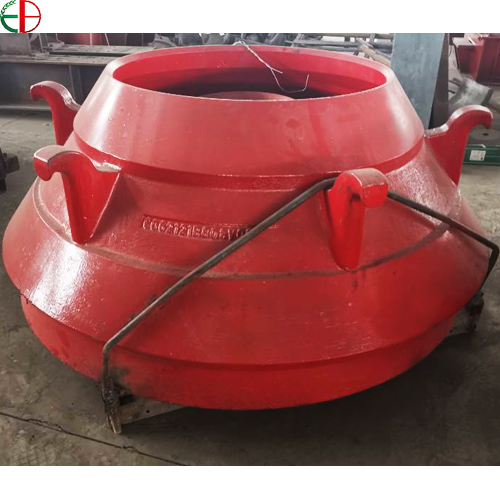 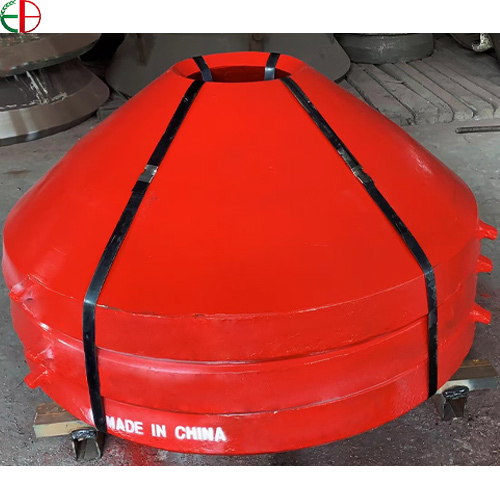 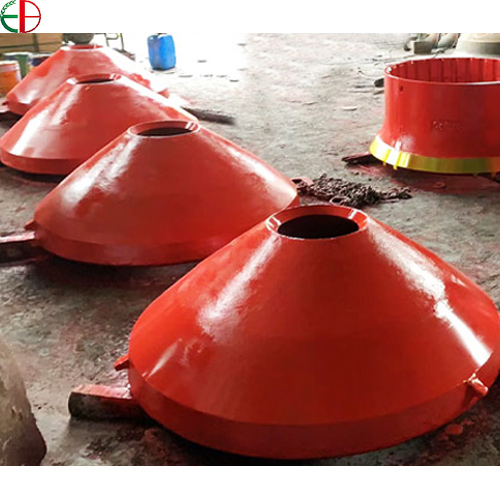 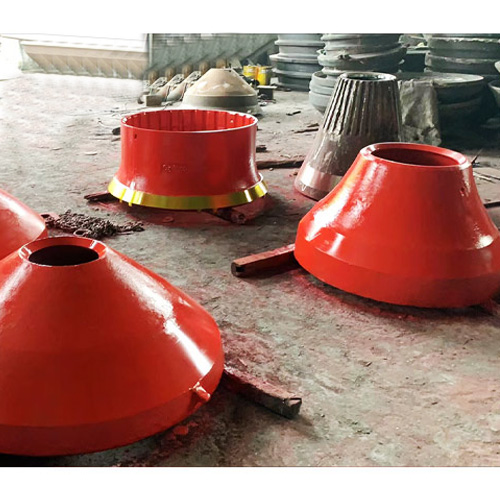 Composite Bowl Liner are cast from new composite materials and have a long service life, three times that of ordinary Cone Crusher Parts.
Super wear resistance, composite Cone Crusher Parts can adapt to the production environment with extremely harsh industrial and mining conditions, strong abrasiveness and high production intensity:
High cost performance, the use of Cone Crusher Parts can reduce the investment cost of casting wear by more than half:
Cone crusher mantle has the characteristics of beautiful appearance, high internal quality, resistance to emptiness, wear, extrusion and long service life. It fully meets the requirements of the concentrator for the use of cone crusher mantle:

Our Photos for cone crusher mantle:

Mn13 has high tensile strength, plasticity and toughness, and non-magnetic. Even if the parts are worn to a very thin thickness, they can still withstand large impact loads without breaking. It can be used to cast various impact-resistant wear parts.

Casting wear-resistant manganese steel is the oldest and most widely used type. Especially the standard Mn18 high manganese steel rolling mortar wall, which contains high manganese and carbon content; the as-cast structure of the steel is austenite and carbides. After 1050℃ water toughening treatment, most of the carbides are solid-soluble in austenitic In the body.


Our uses Mn13, Mn13Cr2, Mn17Cr2, Mn18, Mn18Cr2 to produce Crusher Liners according to the customer’s working environment to effectively prevent the wear during the crushing process and greatly extend its service life.